When An Epic Case of 'Night Fever' Proved Fatal

SATURDAY NIGHT FEVER, the epochal soundtrack to the landmark movie, took the number one spot on the Billboard Top 200 on January 21, 1978, stayin' alive there for 24 weeks.
Buoying and buoyed by the late 70s cultural phenomenon that was disco, the album catapulted its primary artists -- the Bee Gees -- to global superstardom.

But even titanic waves crash after they crest, and this one was no different.

Disco's origins, European, urban, black and gay, challenged conventional orthodoxies. It was rhythmic, sexual, sleek, and often symphonic. It enticed entries from non-disco acts as diverse as the Rolling Stones, the Eagles, Rod Stewart and Kiss. While it turned many people on, many others were turned off.

The ensuing backlash was vicious.

Only a year after Gerry Rafferty's City to City dislodged the award-winning, multi-hit, multi-platinum double LP from the top slot, disco was not only no longer tres chic, it was literally under assault, morphing from Disco Duck to Disco Sucks seemingly overnight.

Nothing epitomized the change in mood more than Disco Demolition Night, an ill-conceived July 1979 Chicago White Sox promotion that turned into a game-forfeiting riot.

Conceived by Chicago disc jockey Steve Dahl with the blessing of Sox promoter Mike Veeck, the idea of blasting to bits a crate full of vinyl disco records in centerfield between games of a Comiskey Park double-header drew a raucous crowd. Admission was 98 cents and a sacrificial record.
After the pyrotechnics, attendees stormed the playing field and wouldn't leave until police descended. At least 37 people were arrested. The field, wrecked. The second game, canceled.

Between the soundtrack's ascent to the top of the charts, and the era's catastrophic end, the hedonistic disco lifestyle became the stuff of legend, epitomized by a pair of Manhattan night spots, the drug-laden danceteria Studio 54 and the steamy sex playpen, Plato's Retreat.

The Bee Gees -- brothers Barry, Maurice and Robin Gibb -- had hit the charts a decade earlier crooning melancholy songs with titles like To Love Somebody, I Started a Joke and I've Gotta Get A Message To You before fading from view. They re-emerged in 1975 with the edgy rhythmic Jive Talkin' and the riff-heavy, falsetto laden Nights on Broadway.

When impresario Robert Stigwood summoned them to lay down tracks for his new film inspired by a 1976 New York Magazine article titled Tribal Rights of the New Saturday Night, they were primed and ready. And so was the world.

The Saturday Night Fever, the soundtrack, tossed off a torrent of hits. The brothers wrote and performed four, Stayin' Alive,  Night Fever, How Deep Is Your Love and More Than a Woman, and composed Yvonne Elliman's If I Can't Have You.

Suddenly -- and with no apologies to the Beatles -- the Bee Gees were here, there and everywhere, their sound simultaneously inimitable and ubiquitous.

Saturday Night Fever, the film, made a bankable star out of John Travolta, an actor whose high water mark had previously been a TV sitcom where he played one of four high school degenerates known as the Sweat Hogs. Within a year, he'd portray Danny Zuko, male lead and top greaser in Stigwood's Hollywood adaptation of the hit Broadway show Grease. Fever had made $237.1 million at the box office. Grease was bigger still, raking in $395 million.

Still, for a segment of the public, Travolta's Tony Manero was un-relatable. Disconcerting even. He was a proto-metrosexual, a nice pretty boy obsessed with his hair, his clothes, his shoes and with dancing. Manero may have worked in a paint store, scraping together money to buy a blue shirt he spied while window shopping, but he wasn't blue collar.

Other musical forces spoke directly to that ethos: country and punk. The latter being everything disco wasn't: loud, discordant, deliberately abrasive and ugly. It's practitioners wore leather jackets and ripped clothes. They pierced their faces for shock value. And they were angry.

Disco Demolition Night, which drew an estimated crowd of at least 50,000, put that same kind of latent hostility on public display.

Late 1970s popular music -- particularly American pop -- had become big, corporate and toothlessly inoffensive. Punk stripped away all that, returning rock to its rebellious roots. Trailing close behind was another reconstructionist format, new wave. Suddenly disco was worse than dead, it was passe´, relegated to a nostalgic purgatory from which it never quite returned.

Four decades down the road, the soundtrack and the movie have been archived at the Library of Congress as cultural museum pieces, time capsules, artifacts from a short-lived empire long since vanished.

Rangers, Isles, Devils and the Birth of a Hockeyopolis

WARROAD, MINNESOTA, has long identified as Hockeytown USA, a title claimed by octopi-hurling Detroit Red Wings fans and ursine black and gold Bostonians too. Even Minnesota's capital, St. Paul, has been so nominated.

But none of them hosted eight Stanley Cup champions in just 24 years.

Established with the 1982-83 National Hockey League season, the 38-mile wide bi-state swath of land and water encompassed more than 13 million people and three NHL teams, even as the rest of the North America had just 18 more. 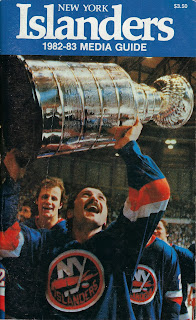 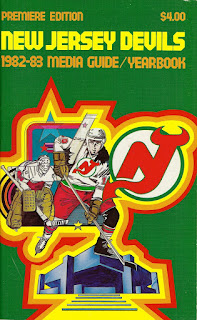 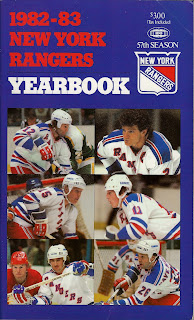 Anchoring the west end were the ragtag New Jersey Devils, who'd just moved from Denver to the Meadowlands Sports Complex in East Rutherford. At the east end in Uniondale, Long Island, sat the precocious three-time defending Stanley Cup champion New York Islanders. In between was the axis around which the region's hockey enmity turned: the New York Rangers of Manhattan, one of the league's fabled original six franchises.

Together, they were half of the NHL's Patrick Division, joining the Philadelphia Flyers, Pittsburgh Penguins and Washington Capitals in a forerunner of today's Metropolitan Division.

It was a major league concentration unseen since 1957, when baseball's Brooklyn Dodgers, New York Giants and Yankees had called Gotham home. And, over the next quarter century, Ranger, Devil and Islander fortunes would dramatically rise and fall, often at the hands of one another.

But who were these first season pioneers of Hockeyopolis?

Swede Ulf Nilsson played just 10 games that year before calling it an NHL career after an array of injuries. None were more notorious than an ankle fracture sustained on a check from the Islanders' Denis Potvin in February 1979, giving rise to the eternal Madison Square Garden chant, "Potvin sucks!"

Rangers finished their season in fourth place, 35-35-10 and lost to the Islanders in the Patrick Division finals, 4 games to 2. It was the third straight year of four that Long Island eliminated Manhattan. In 1990, the Rangers would finally return the favor and four years later, they captured the cup.

Melanson finished second in Vezina Trophy balloting for best goalie, behind Pete Peeters of the Boston Bruins. The Islanders went 42-26-12 on the season before powering through the playoffs, beating the Capitals, Rangers and Bruins. They swept Gretzky and Edmonton in the finals, 4-0, for their fourth, and thus far last, Stanley Cup

Team finished inaugural year at the Meadowlands at 17-49-14, finishing fifth ahead of the moribund Pittsburgh Penguins. Better days were ahead as the team, built largely through the draft by uncompromising general manager Lou Lamoriello, finally made the post-season in 1987-88 and later won a trio of championships


Each metro area team played the others seven times during that inaugural season of Hockeyopolis. The Islanders took four of seven from the Rangers. The Rangers went 3-3-1 against the Devils who, in turn, were swept by the Islanders.

Eventually, the tables would turn. The Islanders returned to the finals once more in 1984, where they lost to the Oilers, 4 games to 1, ending their championship era as a 12-year-old franchise and already a former dynasty. Constant management upheavals and arena issues would render them an also-ran for the ensuing 35 years.

Meanwhile the Rangers broke their 54-year-old drought by winning the Stanley Cup in 1994, but only after disposing of the Devils after a seven-game series that saw three of the contests -- including the finale -- decided in double-overtime, neutralizing Islander fans' favorite chant, "1940!"

A year later, the Devils ended a strike-shortened 94-95 season by winning their first title. Five year later, they'd win the cup again, then lose it in a seven-game final against their Denver replacements -- the Colorado Avalanche -- and win it again in 2003.

New Jersey played for Lord Stanley's hardware again in 2012 as did the Rangers in 2014. The Islanders, for all their early success, haven't advanced that far in 33 years.

Credits: all photos and images drawn from the New York Rangers, New York Islanders and New Jersey Devils media guides.
Posted by Andy Harris at 9:49 AM No comments: