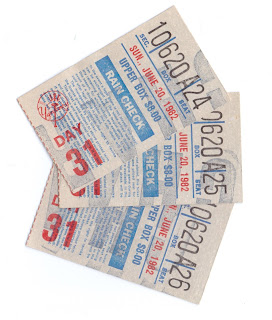 "Hey... Dad, Wanna Have a Catch... With Your Limited-Edition Non-Baseball Souvenir Baseball?"

Imagine a boy -- any boy -- flexing a new baseball glove while offering his father a well-worn mitt, the kind embossed with the autograph of some big league player long since retired and enshrined.

In that picture-perfect moment, the boy makes the Field of Dreams request that made grown men cry. If the scene follows the script, dad replies, "I'd like that," and off they go to some sun-splashed field.

There the boy uncorks his first throw, but, the flight of the ball is odd, its rotation exaggerated, discernible not just in spinning seams but in splotches of color all over. Dad snags the toss, examines what he's caught and stops.

There's silence, a dawning recognition and then a question.

"How did you get this ball?" Dad asks.

Son screws up his courage to respond, "but it's a baseball."

"It's not a baseball baseball," dad replies, sending son back inside to find a suitable replacement. Son grumbles about the general unfairness of life and wonders, "Why would anyone want a baseball that's not meant to be batted, thrown or caught?"

Why indeed? But people do, and so baseballs have joined key rings, t-shirts, caps and coffee cups as one of those ubiquitous souvenirs that often have little or nothing to do with where they came from. They've left the field of play and graduated to that semi-useless realm of things we just buy to look at, to have and to hold, forever and ever. At least I do. And if you're still reading this, so do you.

Time was that a "souvenir baseball" was one you caught at a ballpark, perhaps at the cost of bruised or broken finger. Or maybe you took the easy way out, ponied up a couple of bucks at the souvenir stand for an "official" one with the league president's signature on it, then waited for some ballplayer to autograph it.

And now they're everywhere. All purpose and no purpose, except for display. Ballgame not included.


Which brings us back to baseball... and baseballs that celebrate baseball, even as they're not meant to be used for playing baseball.


And finally one for outfielder Jay Davis of the 1993 Binghamton Mets. Thanks for the autograph, Jay. 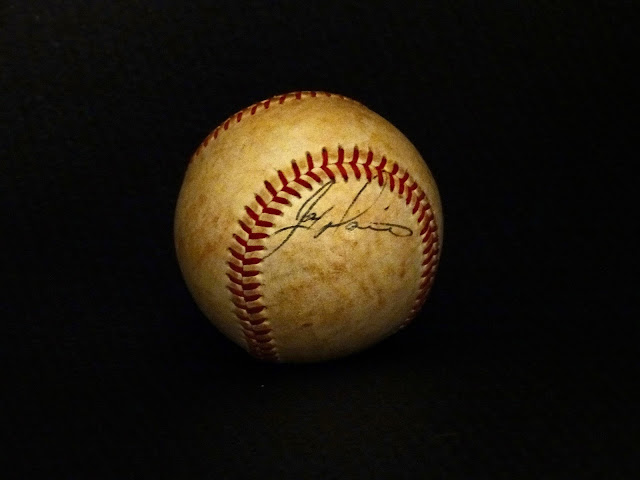 Posted by Andy Harris at 8:04 AM No comments: